In 2017 we were once again proud to be able to call upon the support of our active and engaged network of Goodwill Ambassadors. In regular meetings with our ambassadors over the course of 2017 we kept them up to date with the details of our work in 14 countries affected by armed conflict.

In 2017 we celebrated the nineteenth year of Marco Borsato’s role as our Goodwill Ambassador - and we are beyond proud that he continues to make such an enormous contribution to our cause.

Just as in 2015 and 2016, June 2017 saw Marco co-host our annual TV special Jij&Ik. The event featured unique performances from children and their parents - and the show also saw Marco present a number of special reports highlighting the work of War Child around the world. Marco helped promote the show in the run-up to transmission through a number of interviews on TV, radio and in newspapers.

On 24 June 2012 Marco was the first artist to perform at Amsterdam’s Ziggo Dome. Marco returned to the venue in June 2017 to help mark the venue’s fifth anniversary with two very special Marco Borsato & Friends performances. As with Marco's previous performances at the venue, special bracelets were handed out at the concerts in return for a donation to War Child.

Marco also continues to be very much involved with our work away from the stage - he provides advice, contributes to our brainstorms and quarterly update meetings and also shares his network of contacts with us.

Ballet dancer Michaela DePrince once again promoted our work in 2017. Michaela experienced the effects of armed conflict as a child - she was born in Sierra Leone and lost her parents during the country’s civil war.

Michaela visited two of our projects over the course of 2017. In October she witnessed our TeamUp activities in an AZC (‘refugee shelter’) in Utrecht where she participated in a session with a group of children taking part in structured recreational activities.

In November Michaela travelled to the Bidi Bidi refugee settlement in northern Uganda, where War Child works with children from both refugee and host communities. She met a number of South Sudanese refugee children, listening to their stories and interacting with them. It was a journey full of inspiration and hope. Finally, Michaela was also present during an international fundraising event for our colleagues at War Child UK.

We are extremely proud that Martijn Garritsen - a.k.a. the no. 1 DJ in the world Martin Garrix - became a Friend of War Child. His first activity for us was a brilliant one – an exclusive performance for War Child in Amsterdam’s Paradiso raising more than € 250,000 in income and helping more than 2,600 children. Furthermore, Martijn raised awareness and funds for War Child at the Estereo Picnic Festival in Colombia and an event at the Residence of the Dutch Ambassador in Bogotà.

Other activities over the course of the year included, amongst others, recording a call to action on video for our TV evening ‘JIj&Ik’; posting videos on social media about the ‘Martin Garrix voor War Child’ event; raising awareness for the International Day of Peace and giving us presence at his amazing shows at the Amsterdam Dance Event in October.

Rapper, comedian and TV presenter Ali B has been an ambassador for us since 2003. Over the course of 2017 he lent his support to us in several ways - particularly on social media - and also helped to promote our Jij&Ik TV event.

Actor and director Victor Reinier made another significant contribution to War Child in 2017. Victor represented us at several fundraising activities across the Netherlands during 2017, where his presence was greatly appreciated. Victor also visited our TeamUp activities in Alkmaar to witness first-hand how the programme supports refugee children. This visit was captured in a short documentary which was shown during Jij&Ik. We were also delighted that Victor promoted our work tirelessly during a number of media interviews. 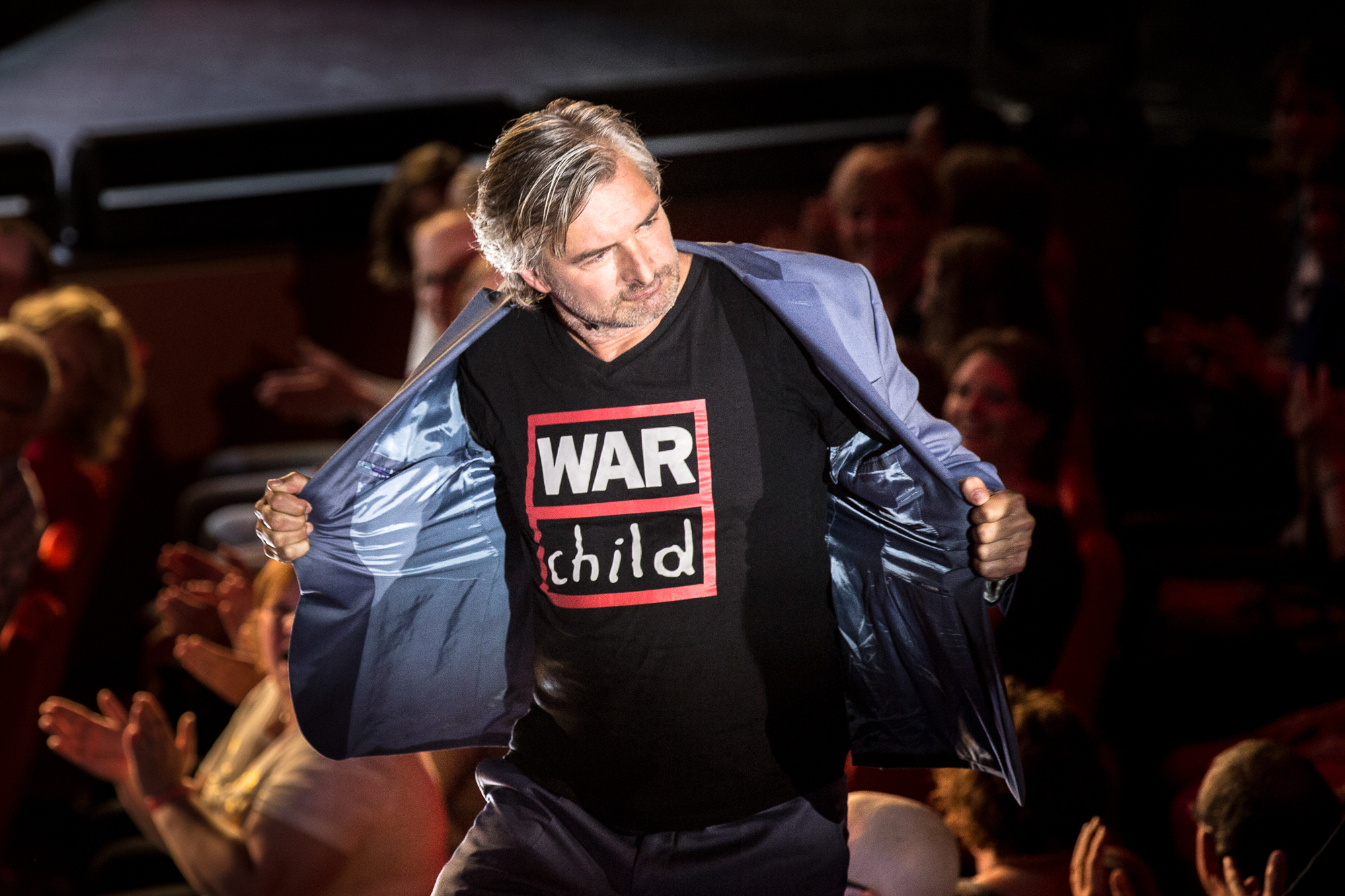 TV host Tooske Ragas also had an active and busy year in support of War Child - which she began by climbing Mount Kilimanjaro! Tooske took on the highest summit in Africa together with a group of friends as part of our fundraising Kili Challenge. Tooske’s efforts and dedication yielded a great deal of media coverage about our work - for which we were very grateful.

Tooske also co-hosted our Jij&Ik special together with Marco Borsato and paid a visit to our TeamUp activities at an AZC centre in Overberg.

Our four War Child Kidsclub YouTubers - Britt Scholte, Rens Polman, Quinty Misiedjan and Niels Oosthoek - made an enormous contribution by helping profile our work to a younger audience. They organised numerous fundraising and awareness raising activities, with or for younger audiences. Both online and offline, our YouTubers made great efforts to make our work as visible as possible.

Previous Press, Media and Reputation
Next Our Volunteers
Add to my report
Print this page