War Child will increasingly implement ‘evidence-based interventions’ wherever we work. These particular kinds of interventions are ones backed by evidence gathered through the use of research methods - and are typically more effective than those implemented without an evidence base. 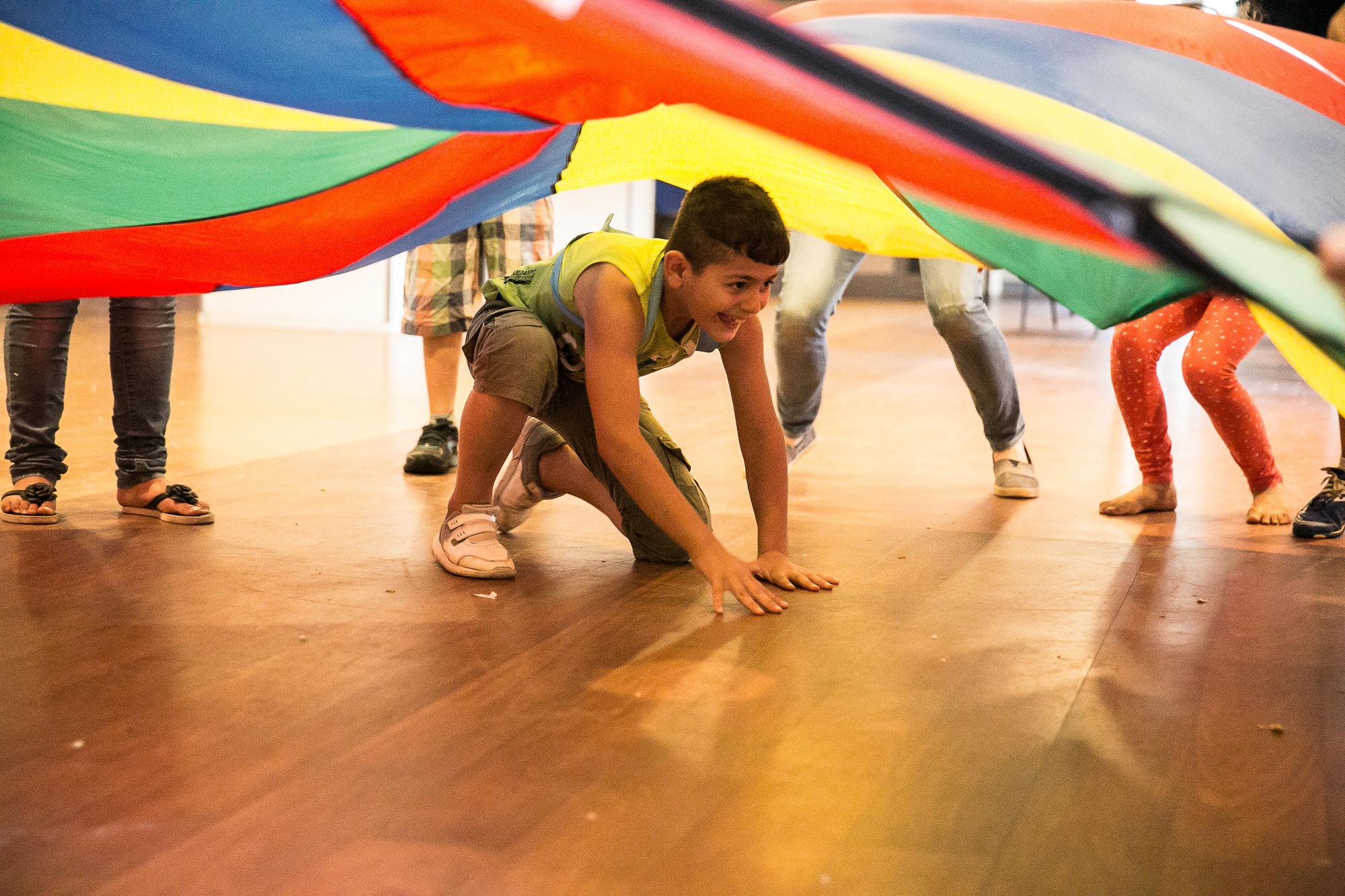 Over the course of 2017 we have made significant progress in developing an evidence base to shape the nine ‘Core Interventions’ and four care-enabling components that will make up the War Child Care System. The year saw us successfully complete a pilot trial of our DEALS intervention.

Further progress was made in the development of six new interventions during 2017. Our Caregiver Support Intervention - which serves to support parents and caregivers and promote the use of positive parenting techniques - was put into a formative phase of development. This phase saw a practice run conducted in Lebanon and the occupied Palestinian territories and provided input for the intervention manual.

Our Teacher Professional Development intervention - which facilitates teachers to provide an enabling environment that promotes academic, social and emotional learning through coaches - was developed and field tested in 2017. This process saw the first version of the intervention manual (including five components) and all formative research and preliminary data analysis completed.

Progress was also made on the care-enabling components of the Care System over the course of the year. A draft of the Detection Tool was developed in collaboration with our team in the occupied Palestinian territories. The Detection Tool supports pro-active case detection by teachers and facilitators to optimise the uptake of services within the WCH care system, as well as referral to external services when required.

The Detection Tool was field tested in a practice run in the West Bank. In 2018 we will focus on piloting the accuracy of the tool further, as well as its adaptation to other counties.

More widely, our Research & Development department also enjoyed success during 2017 in further developing research processes and promoting its work. The year saw the publication of eight academic papers from members of the department as well as extensive participation in five academic ‘Literature Reviews’.

One research grant - from the Bernard van Leer Foundation - was secured over the course of the year. Another achievement for 2017 was the commencement of data collection for several studies, which required significant preparation work in terms of setting up the necessary systems and procedures.

A particular highlight of the year was the award of the prestigious Klaus J. Jacobs Best Practice Prize for 2017. The foundation praised War Child for its global efforts to improve the lives of conflict-affected children and stated that the various interventions provided by War Child contribute to improved psychosocial wellbeing of the children taking part. In addition, the foundation also commended War Child for the relevance and importance of its research agenda.

The prize not only confirms War Child’s reputation, it also includes a significant sum of money. War Child will spend these funds on research and the continued development of its interventions.