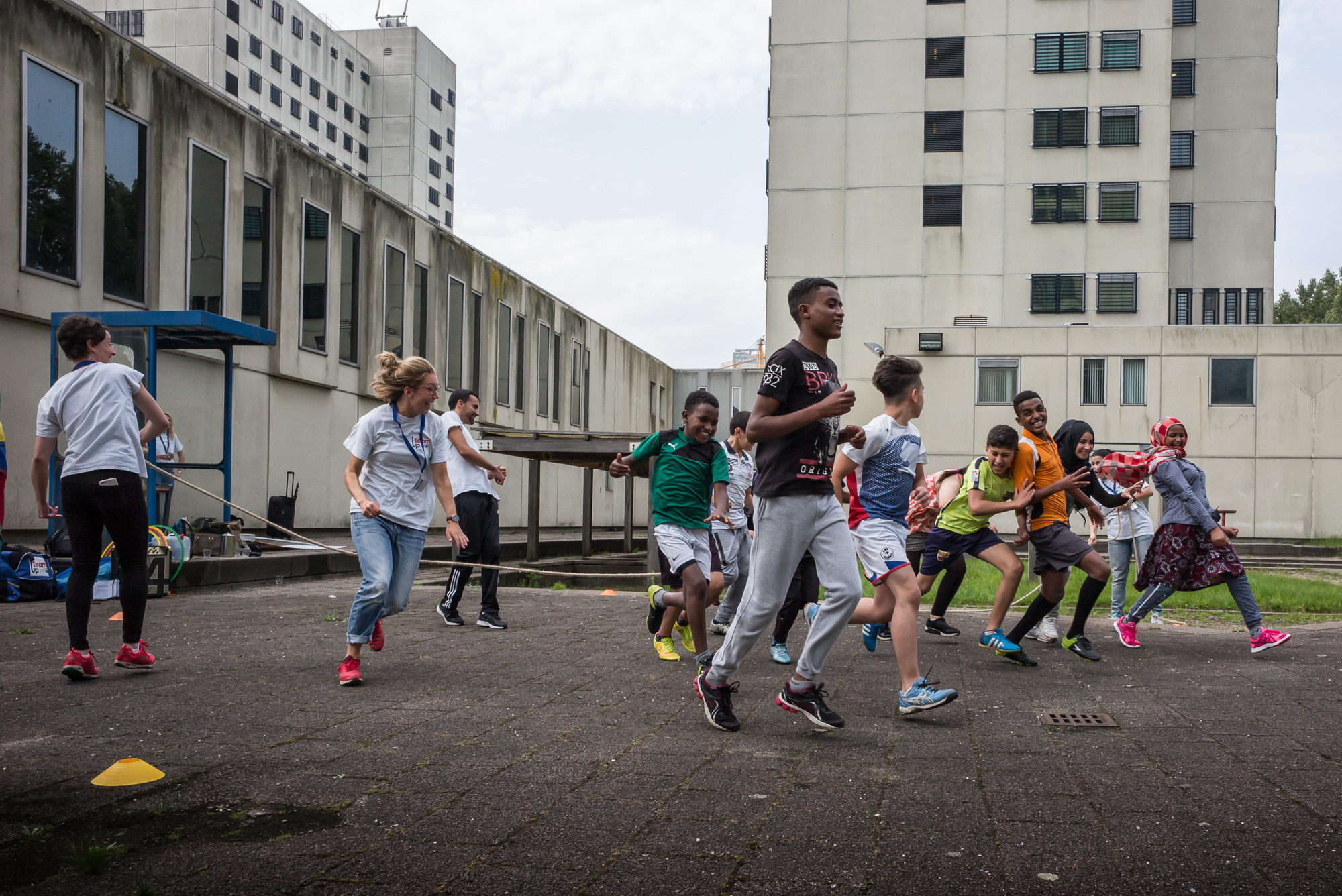 The Netherlands has welcomed tens of thousands of asylum seekers since the refugee crisis began in 2015. Some 21,000 refugees are currently being housed in Dutch asylum centres - more than 7,000 of whom are under the age of 18. The majority of these refugees have arrived from Syria, Afghanistan, Eritrea and Iraq - and have undertaken long, arduous journeys in search of safety.

The uncertainty these children experience does not end once they arrive in the Netherlands. Children often have to move from shelter to shelter and are separated from friends and teachers - leading to feelings of unhappiness and stress. In addition, children are acutely affected by the anxiety their parents experience during this process.

provides children in asylum centres aged between six and eighteen with structured recreational activities, such as sports, games and movement activities. Each activity has a certain goal based on emotional themes and specific behavioural skills. These activities help provide children with emotional support and a much-needed sense of stability.

The structured activities for children in shelters are implemented by trained volunteer facilitators. A robust system for volunteer recruitment, training and guidance is in place - which sees our facilitators trained to identify specific signs of stress the children may display.

2017 saw 1,641 children participate in more than 660 TeamUp sessions at 20 asylum centres. In addition, 56 children were referred to relevant authorities for children displaying signs of significant stress.

2018 will see TeamUp expand to 32 locations in the Netherlands. In addition, the international roll-out of the project will begin in Uganda and South Sudan. We are also exploring possibilities in the occupied Palestinian territories.

Team Up in School:

2017 also saw the launch of TeamUp in School - a pilot in seven Dutch schools which sees the project methodology applied to support newcomers to primary education. This pilot will be extended in 2018.