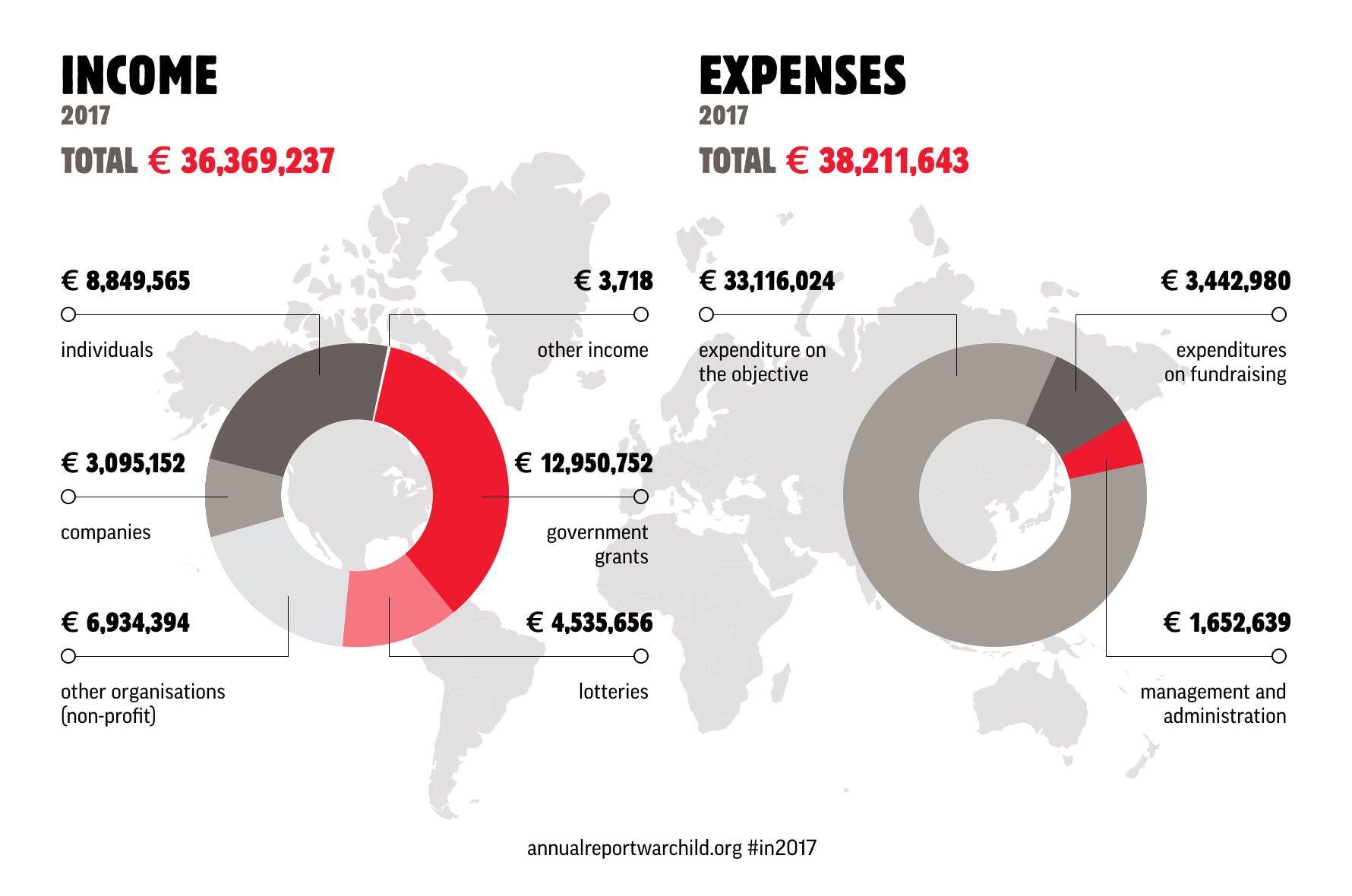 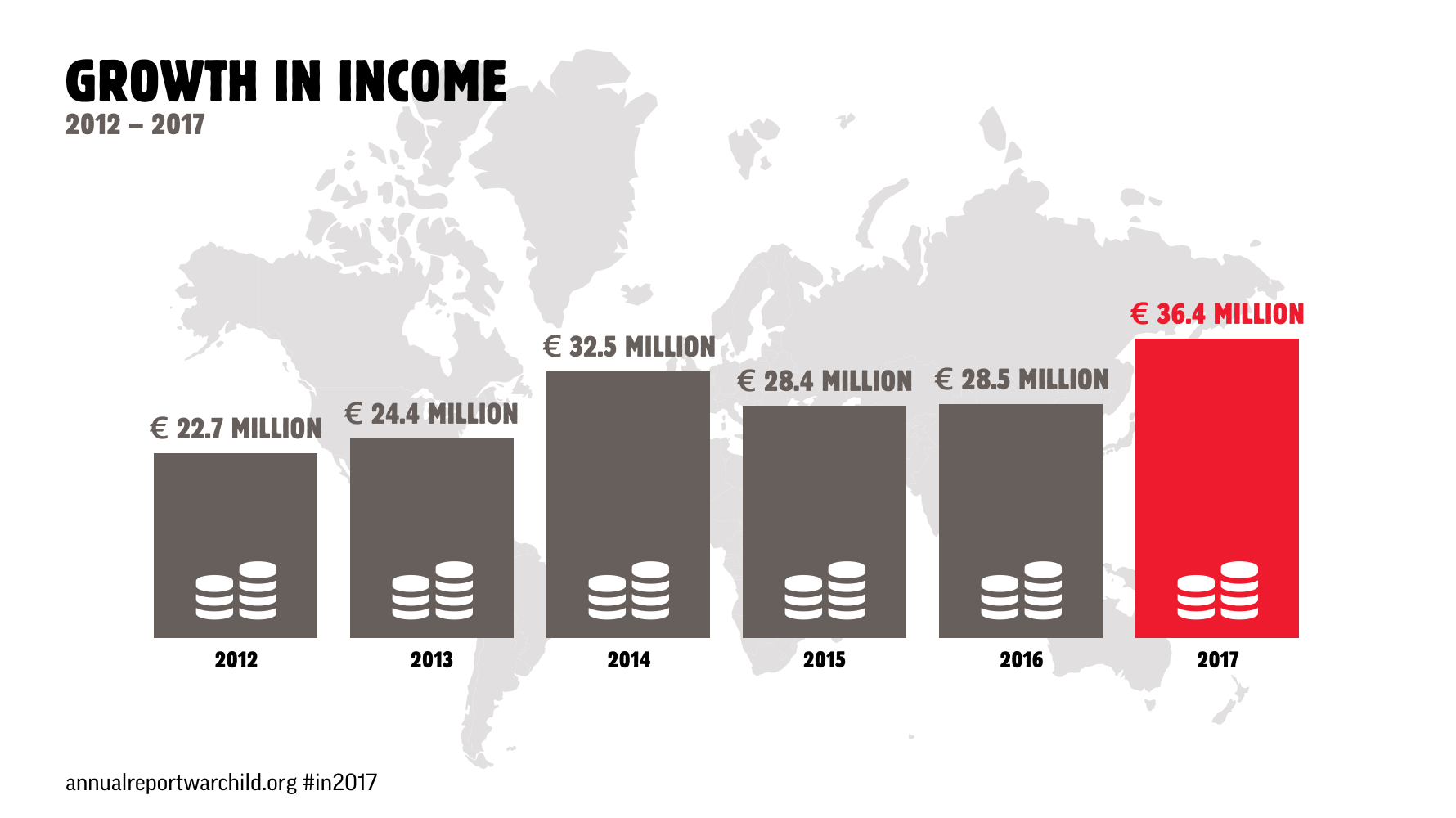 War Child is in a strong liquidity position, as evidenced by our balance sheet as per end of 2017. The resources available in the long term are significantly higher than the resources required in the long term. The shortfall in short-term operating capital is more than amply covered by the cash and cash equivalents.

War Child keeps a continuity reserve of €5.0 million and intends to spend its general reserve of €1.8 million in the next year. The size of the continuity reserve decreased in 2017 by € 1 million based on a recent risk analysis. War Child aims for reserves at the minimum level needed for the continuity of its organisation, and its policy is to spend any additional reserves on its objectives. The size of the general reserve is also related to the direct addition to the reserves of the National Postcode Lottery’s contribution for 2016 (received in 2017), a requirement of the revised accounting guidelines RJ650. As a result, our general reserves grew, despite our intention to spend the balance of 2016 in 2017.